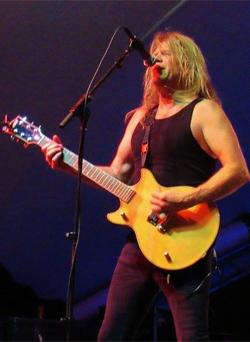 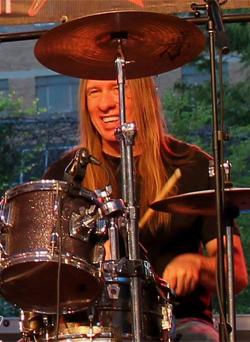 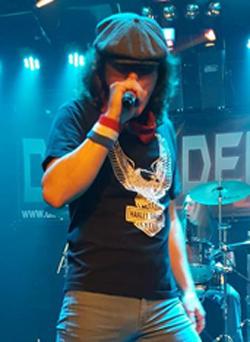 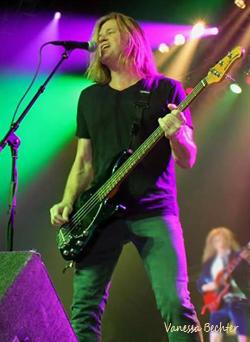 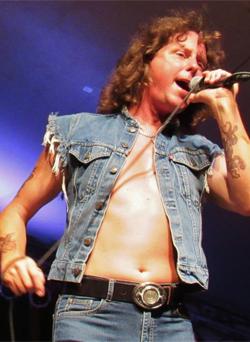 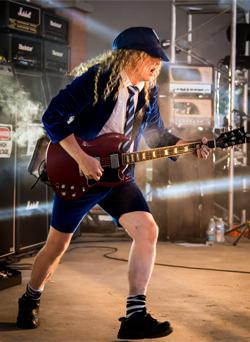 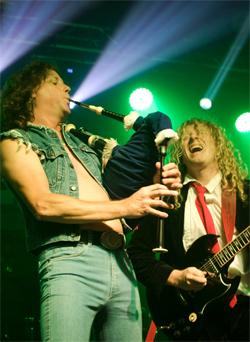 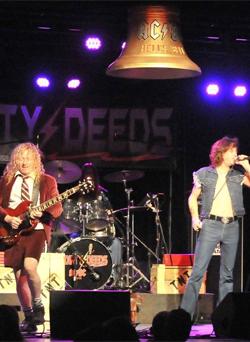 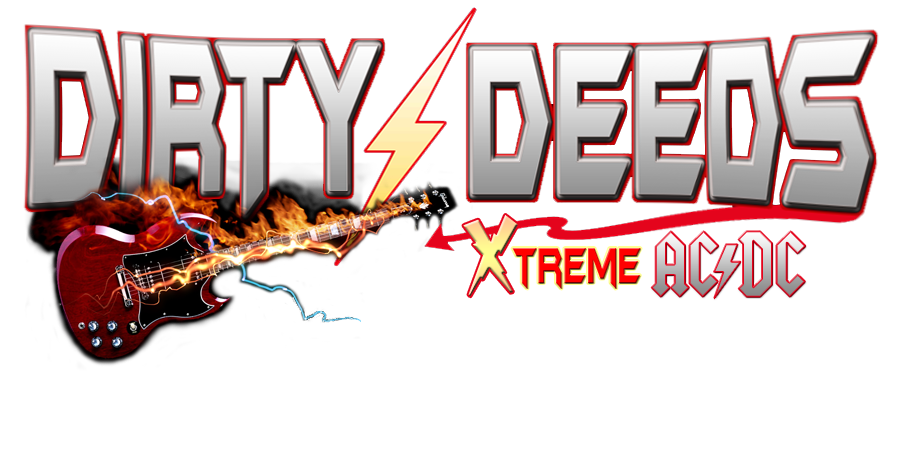 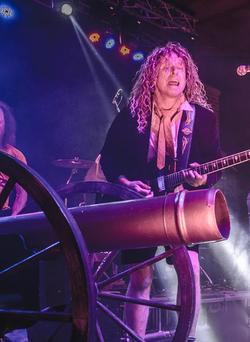 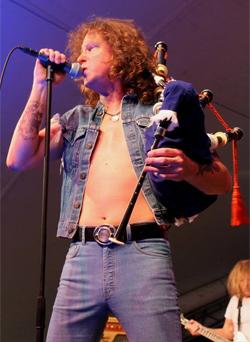 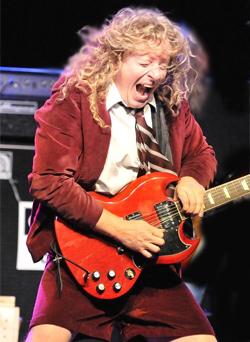 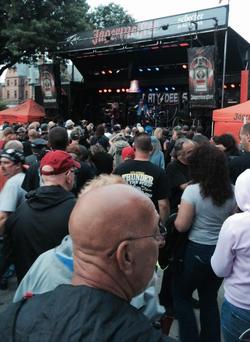 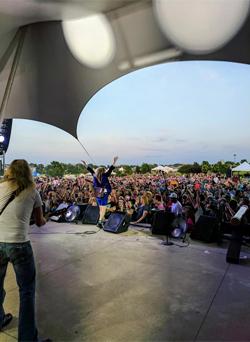 Assembled by former members of several popular AC/DC tribute bands. This all-star cast is bringing the ultimate AC/DC tribute show to new heights with the most accurate recreation of the AC/DC music and stage show; second to none!

The "DIRTY DEEDS" concert experience is truly extreme; featuring “two” high energy shows complete with exciting stage props and non stop action! The first show is a dedication to the Bon Scott era and the second show is a tribute to the Brian Johnson era!

Show one begins with a dramatic entrance by our Angus Young character Freddy DeMarco, donning a full schoolboy uniform complete with smoke billowing out from an authentic leather school bag slung across his back! Before he even launches into the first number, Freddy builds suspense and excitement by working up the audience and challenging them to make as much noise as they possibly can!  As DIRTY DEEDS proceeds to rifle through one iconic AC/DC hit after another, the action is non stop and the crowd is sure to be on their feet, moving to the beat and singing along with every song! The band looks like and re-creates the music and performance of AC/DC with an incredible Bon Scott look alike administering spot on perfection of Bon’s voice, and an Angus Young character played with the accuracy of the album versions showing all the crazy energy of a “young” Angus. And what would a tribute to the early years of AC/DC be without bagpipes!  Yes that's right, singer and Bon Scott impersonator John Welch will play the pipes to accurately reproduce the famous song “It’s A Long Way To The Top If you Want To Rock and Roll." This fun filled first set is loaded with all the details to recreate an authentic AC/DC experience. The band members all take great pride in the portrayal of their respective characters by studying the look, the moves, the instruments, and the sound of their famous counter parts! This is unlike anything you've ever seen!

But Wait, it's not over yet! There's still another complete show to unleash! Suspense is again created as Hells Bell begins to toll and emerges from the shadows while lowering toward the stage! this marks the beginning of our tribute to the Brian Johnson era of AC/DC which starts with the iconic Back In Black album preformed in its entirety! The Back In Black album is then followed up by a collection of AC/DC's greatest hits spanning the 36 years of Brian Johnson's tenure with AC/DC!  DIRTY DEEDS will also sport a full costume change and stage makeover, including a replica of AC/DC's Hell's Bell and canons flanking the stage to create the true vibe of the post Bon Scott / modern AC/DC era.  DIRTY DEEDS plays and sings the Brian Johnson era material every bit as accurately as they do the Bon Scott songs, taking no prisoners and leaving the audience literally spellbound!

This all-star band features Freddy DeMarco as “Bad Ass Angus”! Freddy’s portrayal of Angus Young is a crowd favorite making him the star of the show! Formerly of the AC/DC tribute band “Thunderstuck”, Freddy has played in front of crowds of up to ten thousand AC/DC fans, including events such as “Rocking On The River”, “The Warren Amphitheater”, “The Cleveland House of Blues” and “Ohio Bike Week” just to name a few! Freddy is an international guitar virtuoso, clinician and product specialist, representing VOX, Marshal and Blackstar. Freddy has performed with Steve Via, Jani Lane from Warrant, Eric Norlander from Asia and has played on over a dozen nationally released albums with various artists.

John Welch plays both the Brian Johnson and Bon Scott characters. John is truly a dedicated AC/DC connoisseur who perfectly plays his roles as vocalist and showman!  For the first set John sports reproductions of Bon Scott's distinguishable tattoos and even a replica of Bon's own bagpipes including many other details of Bon Scott's look.  For the second set John transforms himself into Brian Johnson and along with Brian's signature cap, the exact same attention to detail is exercised in recreating the feel of a young Brian Johnson. John's experience in original and Metal tribute bands, along with his time spent fronting the AC/DC tribute band “Rocker”, has molded him into the perfect Bon/Brian impersonator. John has meticulously trained his voice to accurately recreate the distinct vocal styling of both singers in their prime. There are no short cuts here, Bon sounds like Bon and Brian sounds like Brian!

Playing the Malcolm Young role is seasoned veteran Greg "Wags" Wagner. Wags has been playing, singing, writing and recording his own music since the age of 12! His long resume of bands and solo projects has molded him into an incredibly professional performer. As a former member of bands such as H.A.T.E., Conclusion, Archetype and Shattered Messiah, just to name a few, Wags has recorded on or has been a part of the writing on at least 26 albums! Being a life long AC/DC fan, Wags is a natural at portraying Malcolm Young and takes great pride in his performance. Wags has studied every nuance of Malcolm's playing and singing style and even plays a custom Malcolm Young signature  guitar. Wags  strives to consistently recreate the famous AC/DC power riffs with the same conviction, tone and energy as Malcolm Young himself!

On Bass as Cliff Williams, Mark Matthews is the perfect man for the job! He has played countless shows for thousands of fans and knows exactly how to produce the driving, thundering bass lines that create the suspense beneath those AC/DC power hits! Through his many years of experience, Mark has meticulously honed that AC/DC sound by studying the playing style of both Cliff Williams and original AC/DC bassist Mark Evans.

And as if that weren't enough, Wags and Mark, both accomplished lead singers in their own right, combine forces to impressively deliver the aggressive and gritty Aussie style backing vocals so essential to AC/DC's sound.

Bobby Stocker as Phil Rudd is an experienced talented drummer and teacher, with thousands of live performances to his credit! Bobby does a superb job of emulating Phil Rudd's unique drumming style and also the styles of Simon Wright and Chris Slade who have periodically filled Rudd's shoes over the forty plus years of AC/DC's career. Bobby's attention to detail sets up the integrity that DIRTY DEEDS is known for, in regards to nailing the true AC/DC sound and feel heard on all of the famous album cuts. Bobby's hard hitting solid tempos are the driving force behind the recreation of this Extreme AC/DC concert experience; played in a fashion that even Phil Rudd from AC/DC would tip his hat to!

This Tribute will literally leave you shell shocked and screaming for more! DIRTY DEEDS beats the competition hands down and constantly strives to set the gold standard for accuracy and professionalism on every level!